Chelsea sacked Antonio Conte last season despite wining a trophy in each of the two seasons he spent with the team.

The Italian’s departure left a huge vacuum that must be occupied by new manager before the start of the season then.

At first, former Barcelona manager Luis Enrique was heavily touted with a move to Stamford Bridge as Conte replacement. An exclusive report from The Sun last year reveals the Blues had a positive discussion with the Spanish tactician and he was reportedly close to reaching an agreement with the west London club.

However, Enrique surprisingly turned down the chance to become Chelsea manager as result of the Blues reluctant to reach his financial demands.

Afterwards, there were also claims and counter-claims that the Blues made contacted with likes of Thomas Tuchel, Unai Emery, David Wagner, and Carlo Ancelotti as they desperately seek for new manager before the end of the 2018 World Cup hosted by Russia.

But despite the club’s meetings with these high-profile managers, it was to everyone great astonishment when the appointment of Maurizio Sarri was announced as Conte replacement from Napoli.

The decision was met with missed reactions from the club’s supporters. Some believe Sarri doesn’t deserve a club that’s as big as the Blues, while, some factions were eager to have the Italian manager at Stamford Bridge.

To be true to myself and every Chelsea fans, the Italian gaffer doesn’t possess what it takes to lead Chelsea to greatness. In all his managerial career, the 60-year-old is yet to lift a single trophy.

Although, Sarri was voted last season’s Serie A manager of the year, but what has this got to offer with no trophy to show for it as his then side couldn’t not defeat Juventus to the Scudetto last season.

He also recorded 12-game unbeaten run before he was made to taste his first defeat of the season against Tottenham Hotspur in a game that ended 2-1.

Since his defeat to Tottenham, things went south for the Italian manager who has now registered six disappointing defeats from 26 games. 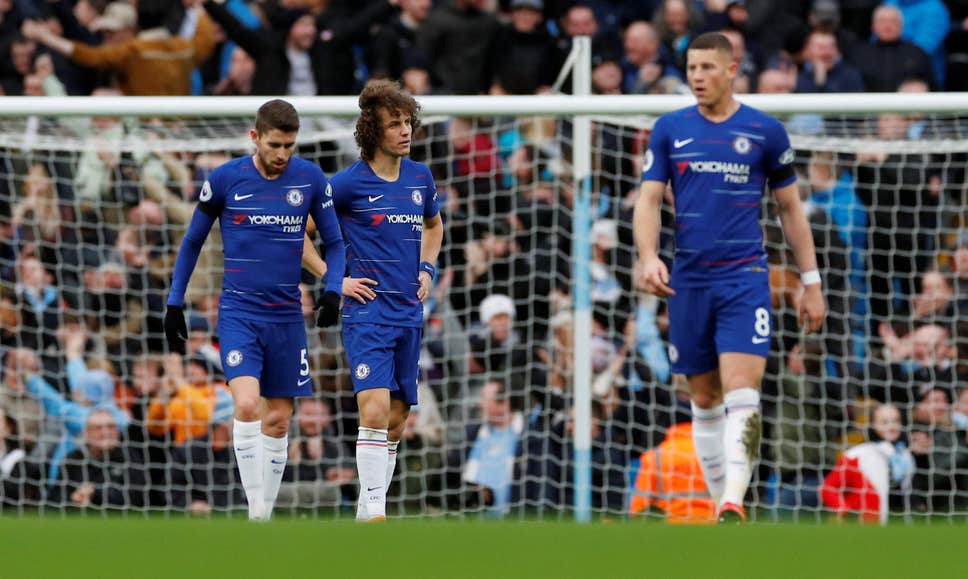 The highlight of it all was yesterday’s 6-0 defeat to Manchester City which will die down as the Blues’ worst since a 7-0 thrashing from Nottingham Forest in April 1991. The Blues conceded four goals in the opening 25 minutes and that summed up how tactless and incompetence Sarri could be.

His tactical discipline and man-management have been questionable so far this season and it remains to be seen why Kante, who is known as world-class defensive midfielder, is being deployed to feature in a more advanced role.

As much as it’s a bit too early to talk of Sarri’s dismissal, the massive defeat to City at the Etihad stadium last night should serve as eye-opener to the London club that trophy-less Sarri isn’t the Messiah.