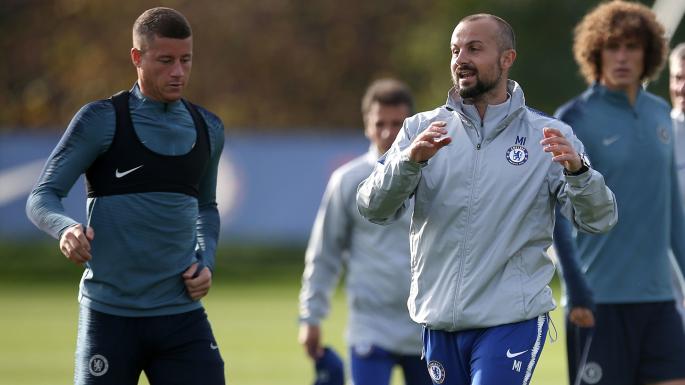 This happened as a result of Ross Barkley’s stoppage-time goal in the 2-2 draw against the Red Devils on October 20 which sparked a serious goal celebration involving Ianni, Mourinho and the Stamford Bridge stewards.

Ianni’s celebration was directly in front of Mourinho, prompting the Portuguese boss to react furiously and try to confront him at the entrance to the tunnel.

Ianni, who was part of Maurizio Sarri coaching team at Napoli, was charged with improper conduct and the FA confirmed on Tuesday that the former Napoli assistant coach has accepted the sanction.

“Chelsea coach Marco Ianni has been fined £6,000 after he admitted an FA improper conduct charge.

“It concerned his behaviour in the 96th minute of the game against Manchester United on October 20, 2018.”

However, Mourinho had earlier called for leniency to be shown at him after accepting an apology from him and Chelsea head coach Maurizio Sarri.

On this, Jose Mourinho said:

“I don’t think he deserves more than what he got.

“I hope everybody does the same as I did, which is not to disturb the career of a young guy. Probably, he is a great guy, a coach with great potential.

“End of story with me, is the minute he apologised to me. Let the boy work. Everybody makes mistakes. I made a lot of mistakes.”