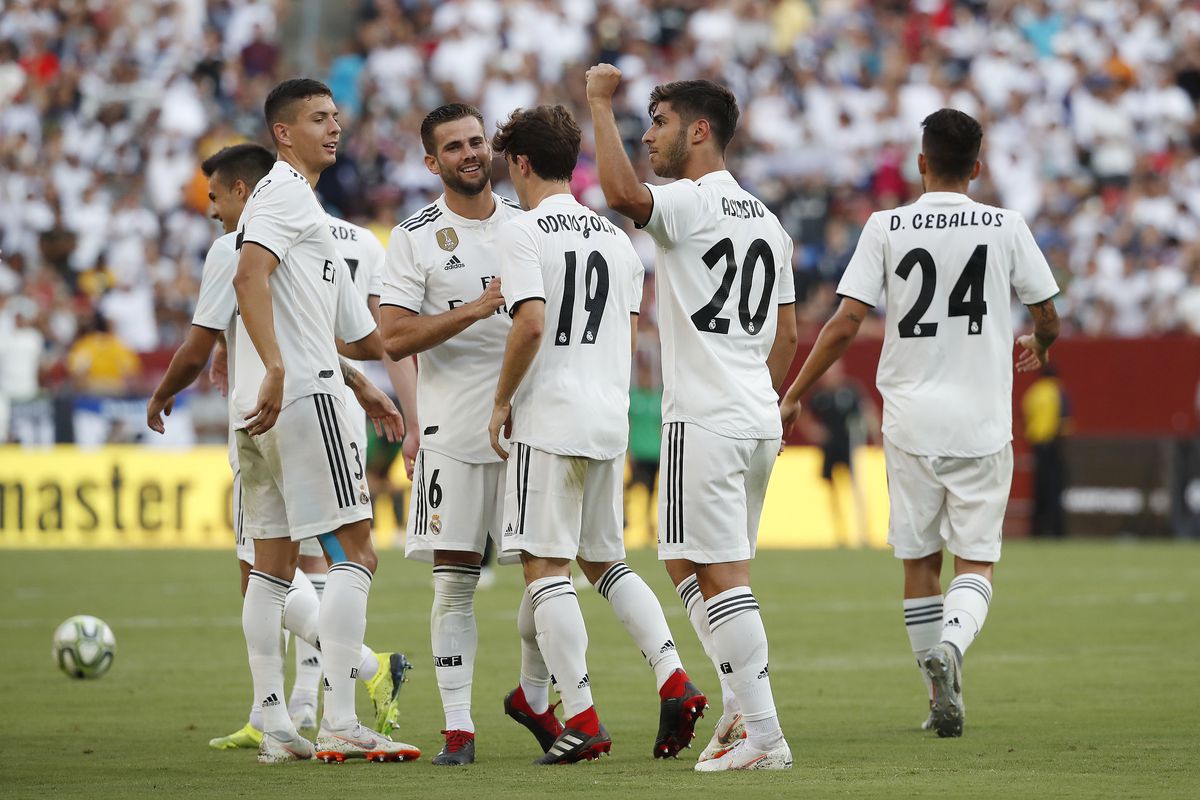 The road to winning a fourth successive Champions League begins for Real Madrid on Wednesday night night, at home as they welcome Italian giants AS Roma.

The three-time Champions League winners have benefitted from qualifiable group stage draw and they should have no problem making it to the knock-out stages even with one or two bump on their way.

With Cristiano Ronaldo now out of the club, Julen Lopetegui have at his disposal Gareth Bale, Karim Benzema and Asensio as options in attack. As the trio have shown so far, and with Bale’s impressive form so far, the BBA have shown Real’s now more about the team than one individual.

Given Zinedine Zidane’s incredible success in this competition, Lopetegui as the club new boss, will want to open his account with a victory and a strong performance to kickstart this new era.

Here, we have highlighted three mouth-watering encounters that could determine the outcome of this UCL Fixtures.

Casemiro presence should be from the start

Zidane, before leaving Real, as shown that you don’t leave Casemiro out of bigger matches and Lopetegui’s idea of dropping the Brazilian star on the bench against Athletic Club didn’t work, of which he performed and shore the midfield up when he came on.

With Steven N’Zonzi looking cause trouble at the heart of Madrid’s defence, not starting Casemiro tonight will be a total disaster for Lopetegui.

Further, Casemiro’s presence in midfield will allow Toni Kroos and Luka Modric to exploit further forward and lay pressure on where Real Madrid need it most.

Barcelona will certify to how impressive AS Roma can be when their backs are against the wall. Only the Romans believed in themselves ahead of their comeback against Barca, and their all-for-one mentality got them through.

However, this performance is yet to be proved this year, with Monchi being abused by fans for the types of players he’s brought in, but they the club is not as bad as they’re being portrayed and are due a good performance.

Real shouldn’t head into this clash underestimating Roma as they did to Juventus last season who came back from a 3-0 down.

With the likes of Eden Dzeko, Stephan El Shaarawy and Cengiz Under more than capable of finding the back of net, this encounter isn’t the foregone conclusion that many would have you believe.

Roma’s wing-backs need to be on full disciplined

If Roma are looking to get a positive result in this match, then it’s imperative that Alessandro Florenzi and Aleksandar Kolarov need to stick to their defensive duties above any thing else.

The temptation to play forward and attack opposition defence will always be there, but alongside Fazio and Manolas, Roma’s back four need to be on full disciplined throughout.

They’ve let at least two goals in so far in 2018/19, and playing against Real Madrid, who are guns blazing in attack, Roma can’t afford to allow the hosts space and time in and around the penalty box.